You are at:Home»All Categories»News»Label News»Students not an ‘ongoing source’ of COVID-19 study finds
By Chris Leroux on December 11, 2020 Label News, News, Outside the Bubble: News, Universities and Colleges

A study by the University of Portsmouth has found that regular testing and support for isolating students has limited the spread of the pandemic to the wider public.

The University of Portsmouth plotted infection numbers in the city of Portsmouth using publicly available data as well as their own. It found that the number of positive COVID-19 cases among students correlated with those in the general population until the 10th of October, since then, cases among students have been declining, whereas infections among the public continued to climb until mid-November.

This is an increase of 1 case since yesterday’s data ⬆️

When publishing the report to the Higher Education Policy Institute on the 11th December, Portsmouth Vice-Chancellor Graham Galbraith said that “even if the city-wide rise in infections was caused by students, it was soon brought under control.

“Why? We believe the answer is our own testing along with effective trace and support measures for isolating students,” he writes. 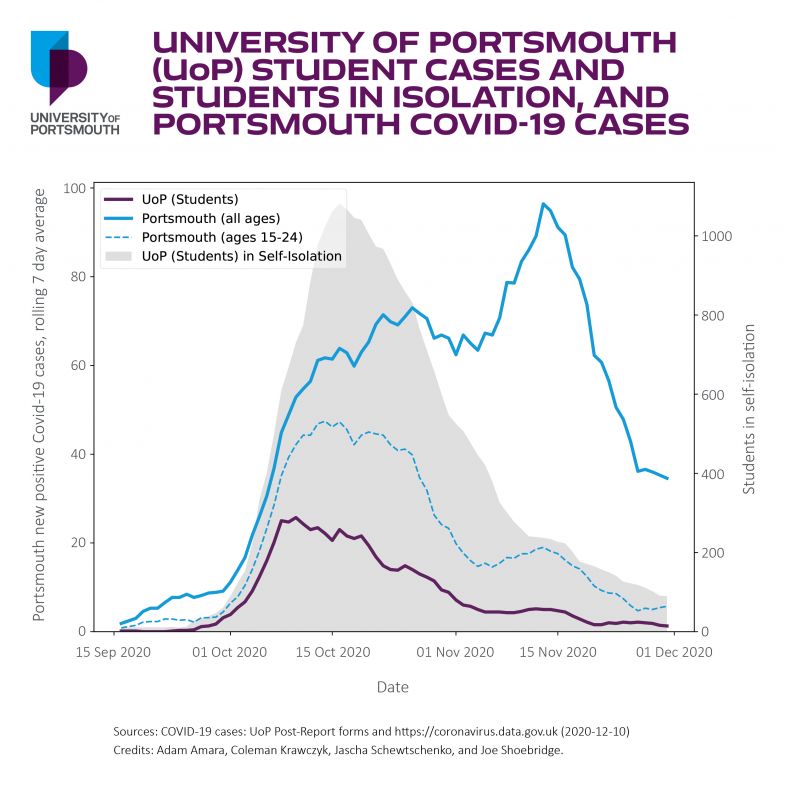 Across the UK, there were concerns at the beginning of the academic year that the rapid increase in the number of COVID-19 cases among students would ‘poison’ campus-town relations. Indeed, LSU Media has received more messages and tweets from locals complaining about students this year than in any previous year.

Loughborough has seen a trend similar to the University of Portsmouth with a decline in cases over the past few weeks, with the sharpest decline on campus between Week 43 and 44, before the national lockdown. 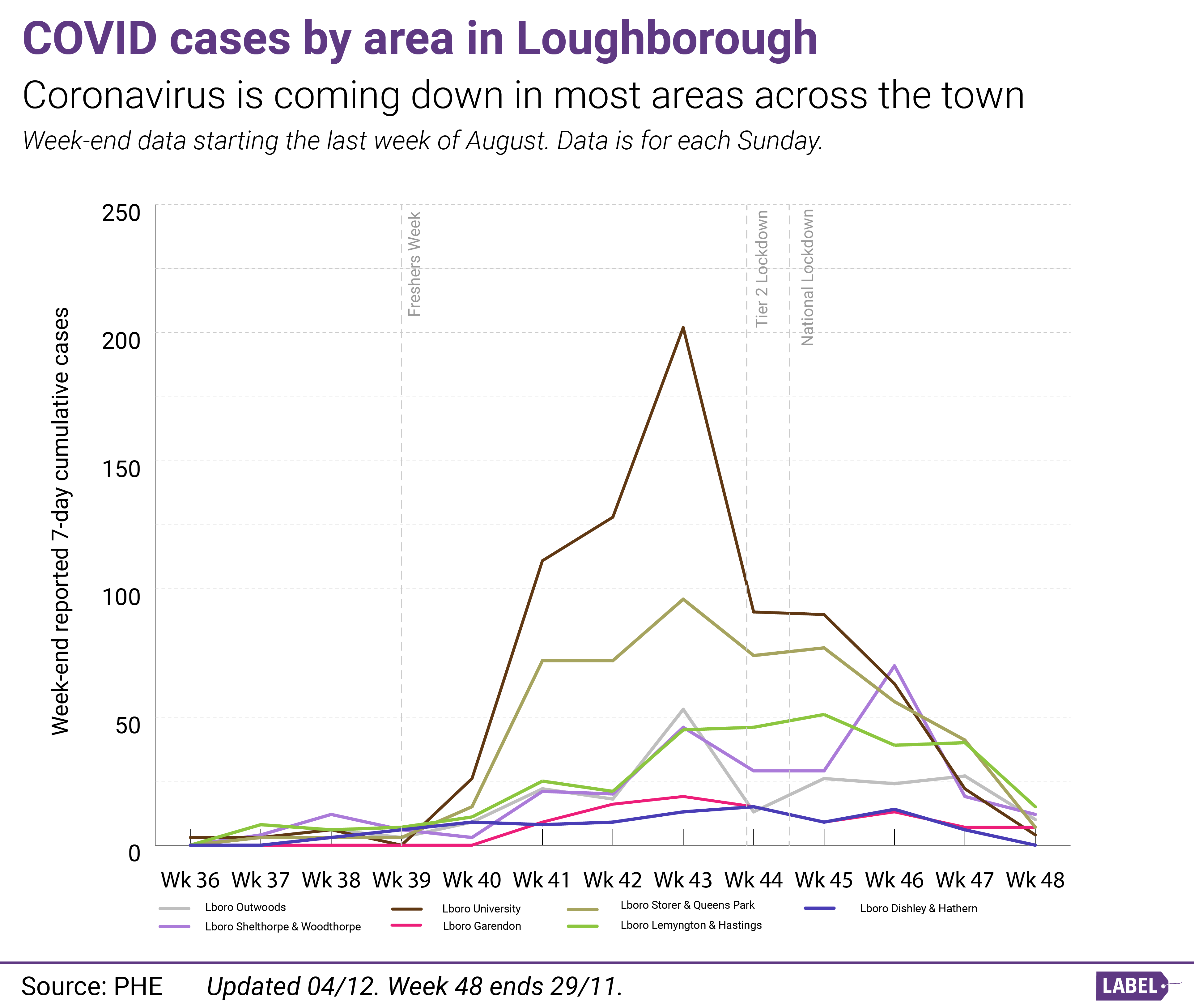 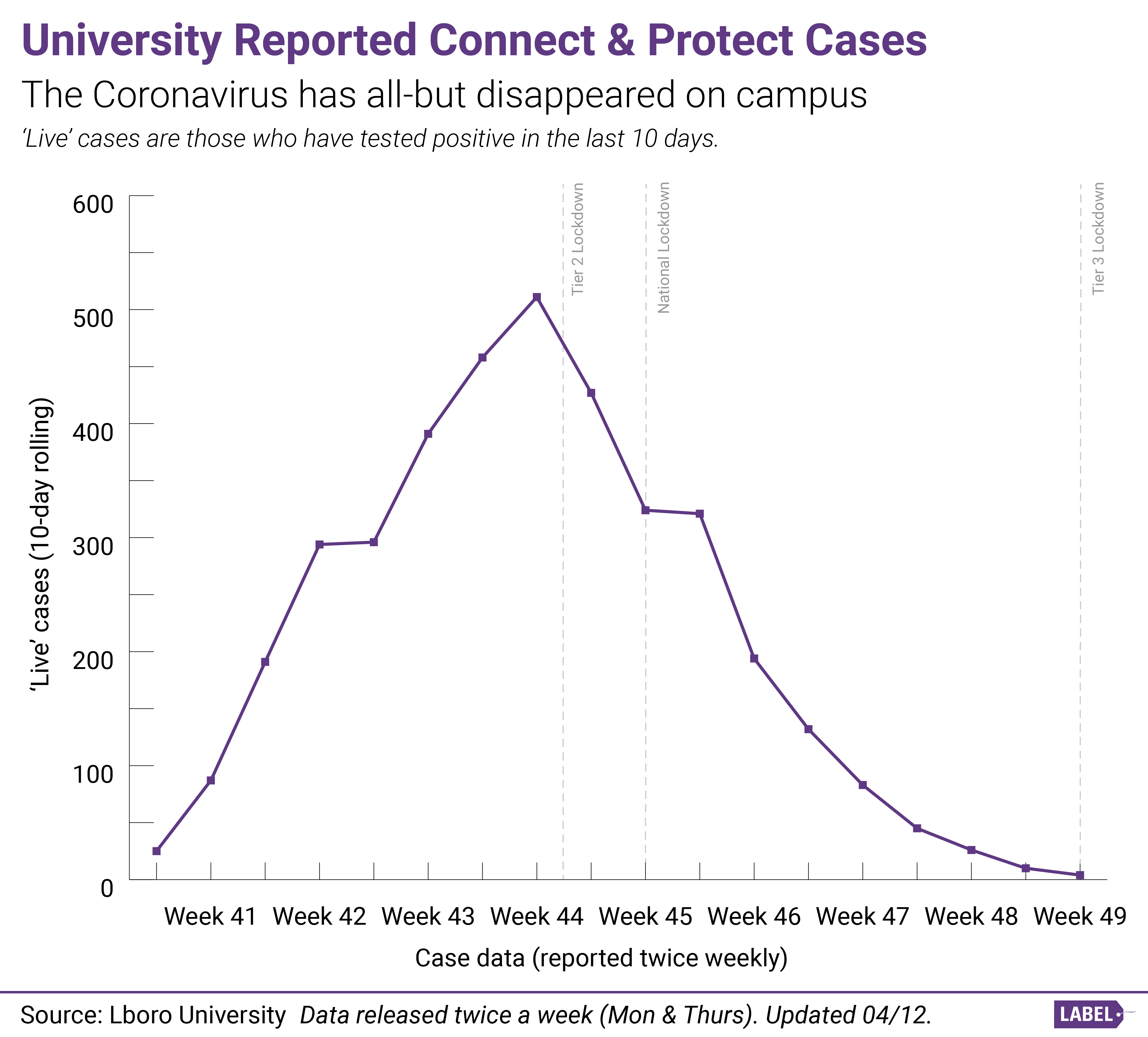 That said, the national lockdown has been seen to have had an effect. 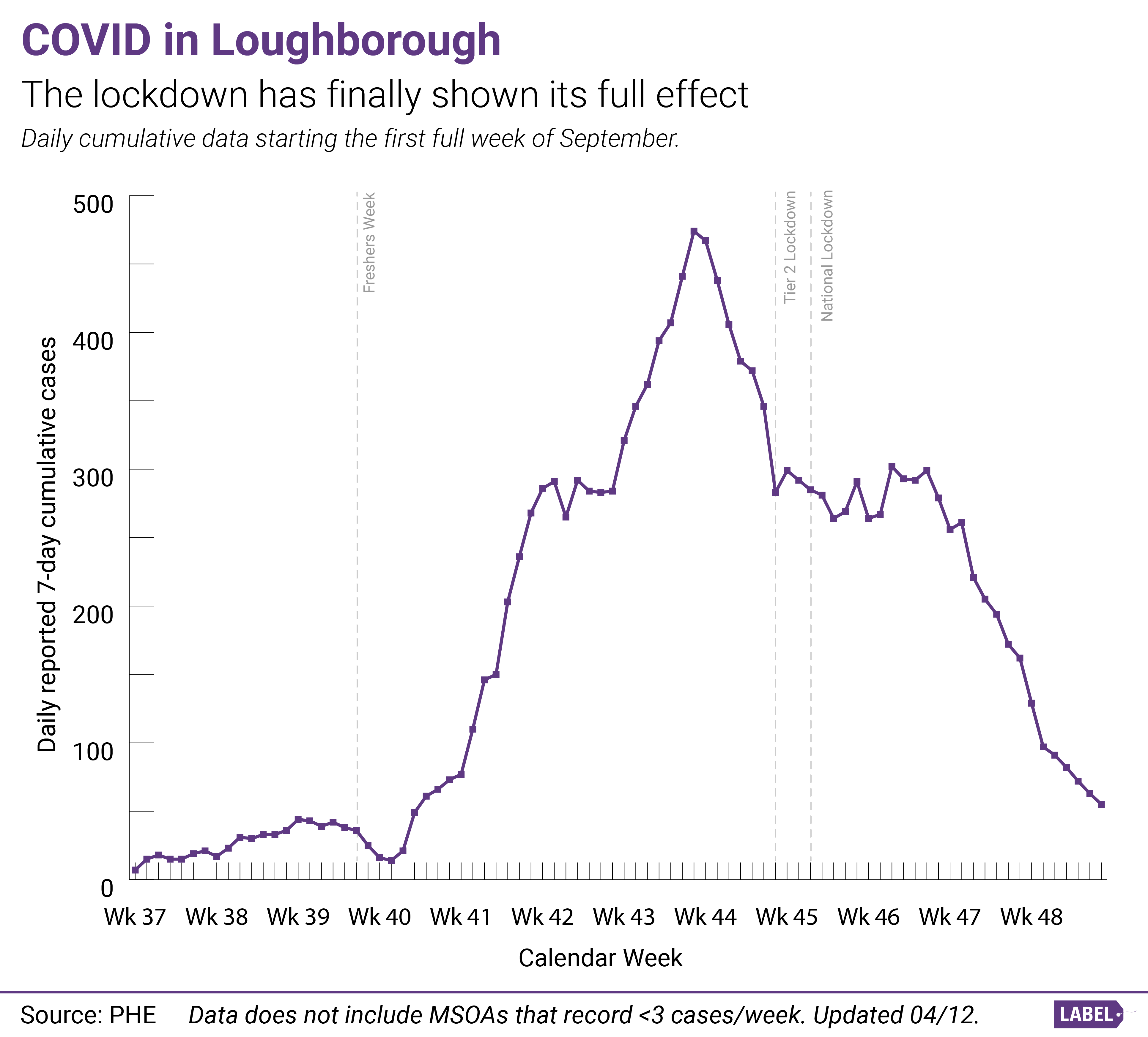 Speaking on the findings by Portsmouth University, a Loughborough University spokesperson said:

“We would broadly agree with the findings that students are not an ‘ongoing source’ of Covid cases. The current rates of Covid on campus – even with a major asymptomatic testing regime in place – are very low, and the University MSOA currently reports the lowest rates in Leicestershire https://coronavirus.data.gov.uk/details/interactive-map.”